Supposedly, last Friday 27th October the Parliament of Catalonia declared the independence of Catalonia and thus began the subsequent creation of the Catalan Republic. In contrast to the (no) declaration of independence made on 10th October by President Puigdemont, which was subsequently suspended, this declaration would have full effect. It was the good one, the real one.

One could speak of the lack of legal effect of a unilateral declaration which, like this one, has been made with an insufficient parliamentary majority and with total disregard for constitutional, legal and democratic channels. One could recall that, without international recognition, a country simply does not exist. But it is not necessary, because the secessionists themselves have wished to deprive it of any legal effect.

It is true that there is no specific legal formula for declaring independence, especially a unilateral and, by the way, illegal one. All what a unilateral declaration of independence (UDI) seeks is to achieve the necessary political effects so that they can then produce the desired legal effects. In other words, it is intended to trigger the aforementioned external recognition, which of course in this case does not occur.

However, of all the existing parliamentary mechanisms, the “motion for resolution” has been chosen as the proper mechanism for this second UDI, and that is very relevant. In Spanish Congress of Deputies, motions for resolutions are known as non-legislative proposals (proposiciones no de ley, PNLs). They are often harshly criticized because Congressmen use this mechanism in too many occasions for obvious political and strategic purposes: instead of adopting legal resolutions with real effect, political resolutions without effect on reality are adopted and, in the process, the outcome of the matter is delayed slightly. A proof of this is that, during the current legislature, Congress has passed 609 non-legislative proposals, but only 5 laws.

On the website of the Parliament of Catalonia one can see the type of initiatives that can be registered in the official register of the Chamber. Apart from the various legislative initiatives, which certainly do not seem to be the appropriate mechanisms for the UDI, among other things, decrees or institutional declarations are envisaged, which are texts, the latter, expressing the institutional position of the Chamber in aspects that are considered particularly relevant. But no: a motion for a resolution has been chosen, whereby, as in interpellations or motions, the Chamber simply states its position or sets objectives and gives instructions to the government on the matter under discussion.

The presentation of these initiatives is regulated in the Regulations of the Parliament of Catalonia, specifically in a section entitled “General debates on political and government action”. According to article 164, its purpose is to “promote political and government action” and “may be directed to the Government of the Generalitat or to citizens“. In this case, it is addressed to the Government and consists of two motions for resolutions.

The first proposal is divided into two parts as well. The first part includes, literally and as an explanatory statement, the informal declaration signed on 10 October by the political parties Junts pel Sí and CUP, after the President Puigdemont’s speech in the plenary session. The full text of this document is available here. Before the vote began, Deputy of Junts pel Sí Mr. Roger Torrent i Ramió asked for President Carme Focadell to read the declaratory part of the text, which she proceeded to do.

It should be recalled that the aforementioned document, first of all, was signed by these Members after the institutional declaration of Puigdemont on 10 October, which did not declare, but did immediately suspend, the (undeclared) independence of Catalonia. Mr. Adsuara explained it very well in an article published in La Información. Secondly, despite the fact that it was signed in a room of the Parliament, it was actually signed on an individual level and with an exclusively symbolic character; when the parliamentary debate had already concluded, without having voted, without even registering it and, therefore, in no case as a result of an institutional act in its Deputies’ condition.

On the other hand, both the second part of the first proposal and the second motion for a resolution only call on the Government to undertake the act of independence.

In this respect, however, there is an extremely important differentiating factor in comparison with what is supposed to be a UDI. This second UDI of Catalonia does not make any declarations in the first place, but rather makes a proposal urging the Government to begin the necessary steps to achieve independence. See the text of the first proposal:

The Parliament agrees, to urge the Government to issue all the necessary resolutions for the development of the Law of legal and foundational transience of the Republic and in particular:

The second motion for a resolution poses a greater problem (although, we must insist, a proposal, as the word indicates, only comes to propose the realization of something, and not to do it by itself), which begins by saying that “the Parliament of Catalonia agrees to declare the beginning and opening of the constituent process“. However, although not even the opening of such a process can be likened to a UDI, the following sentence again delegates its compliance to the autonomous executive: “Urge the Government of the Generalitat to: (…) c) Convene, disseminate and execute the decision-making phase of the constitutional process; d) Convene constituent elections once all the phases of the constitutional process have been completed. (…) ”

The weakness of the language speaks for itself. While, as I said, there are no clear formulas for declaring independence, precedents may be of use to us in this regard. For example, the case of the 1776 declaration of independence of the United States of America:

“We, therefore, the Representatives of the united States of America, in General Congress, Assembled, appealing to the Supreme Judge of the world for the rectitude of our intentions, do, in the Name, and by Authority of the good People of these Colonies, solemnly publish and declare, that these united Colonies are, and of Right ought to be Free and Independent States, that they are Absolved from all Allegiance to the British Crown, and that all political connection between them and the State of Great Britain, is and ought to be totally dissolved; and that as Free and Independent States, they have full Power to levy War, conclude Peace, contract Alliances, establish Commerce, and to do all other Acts and Things which Independent States may of right do.“

Kosovo’s declaration of independence, which causes us more or less sympathy than that of the all-powerful United States, also presumed an undoubted intention:

“We, the democratically elected leaders of our people, hereby declare Kosovo an independent and sovereign state. This declaration reflects the will of our people and is fully in line with the recommendations of UN Special Envoy Martti Ahtisaari and his general proposal for the establishment of Kosovo’s status.

We declare that Kosovo is a democratic, secular and multi-ethnic republic, guided by the principles of non-discrimination and equal protection before the law. We will protect and promote the rights of all the peoples of Kosovo and create the necessary conditions for their effective participation in political and decision-making processes. (…)”

Indeed, language, and particularly in verbs, are the key. The difference is perfectly visible: while in the case of the United States and Kosovo a definitive declaration is made without any further requirement, that of Catalonia urges the autonomous government to conclude this declaration, thus acknowledging that it is not definitive.

Of course, the fact that it is not a UDI is not the result of chance, but of the deliberate intent of its signatories to cowardly elude the criminal responsibility derived from the crime of rebellion or sedition that entails the act (which they claim to have concluded, but which they submit to subsequent compliance by the Government).

According to Spanish Criminal Code, rebellion is committed by “those who rise up violently and publicly for any of the following purposes: 5. Declare the independence of a part of the national territory” (arts. 472 et seq.). In the alternative, in any case, the offense of sedition, which is committed by those who “without being included in the crime of rebellion, rise up publicly and tumultuously to prevent, by force or outside the legal channels, the application of the Laws or to any authority, official corporation or public official, the legitimate exercise of their functions or the fulfillment of their agreements, or administrative or judicial resolutions“, could be applicable to them. Penalties can range up to 25 years’ imprisonment in the first case and up to 15 years’ imprisonment in the second. That’s scary, of course.

The second unilateral independence of Catalonia, therefore, is just another lie of the Catalonian ilegal process, perhaps the last official one. It is not a UDI, and not only because the parliamentary instrument is certainly not the right one, but also because it delegates the final declaration and the culmination of the process to the Government. President Puigdemont himself confirmed this in his statement this afternoon when he alluded to the need to guarantee “democratic opposition to the application of Article 155“; therefore, within the Spanish constitutional order and not the new Republic.

In short, on 10 October Catalan Government put the ball in Parliament of Catalonia’s court and on 27 October the Parliament returned it to Government. And, while no one dares to take the final step, everyone prepares their defense in court. 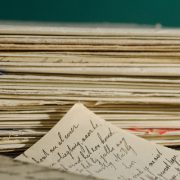 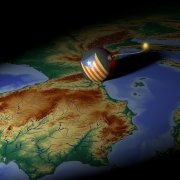 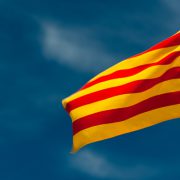 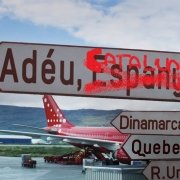