The judgment of the CJEU in the Polbud case further facilitates Cross Border Conversions in Europe and has the potential to bring changes in Company Law in the EU.

We should remember that Cross Border Conversion is not just a change in the Company´s address. A change of the registered office from one Member State (the Home Member State) to another (the Host Member State) implies at the same time a change nationality, applicable law, social type and by-laws.

The CJEU had previously recognized the right of European companies to carry out a  Cross Border Conversion as a consequence of  the freedom of establishment imposed by the EU treaties (aticles 49 and 54 TFEU), even if the legislation of the affected Member States did not allow it (Cartesio and Vale cases). It had also given certain indications on how to carry out the operation in default these national rules: through the successive application of the laws of conversion and incorporation of the Home and Host Member States. Although it allowed the Member States to establish certain requirements to protect the interests of minority shareholders, creditors and workers of the company, it demanded that they complied with the so called “Gebhard test”: they must be justified by imperative requirements in the general interest; they must be suitable for securing the attainment of the objective which they pursue; and they mustn’t go beyond what is necessary to obtain it. In some Member States (as in Spain, arts 95 of Ley de Modificaciones Estructurales) the Cross Border Conversion procedure has specific rules. But even if it does not, the CJEU doctrine makes conversion possible, although the lack of regulation implies uncertainties and problems in the coordination between the two legal systems. Even though they could be solved applying by analogy the rules of Cross Border Mergers, the harmonization of this operation´s rules seems convenient, and will probbly be included in the package of measures that the Comission will present shortly.

The novelty of the Polbud case is that the Polish company (Polbud) moves its registered office to Luxembourg without changing its headquarters, that is, its effective management center. The CJEU considers that Poland can not oppose the transfer even though it follows the real seat doctrine (it requires in general that the real seat and the registered office have to be in Poland to be a Polish company). Furthermore, and contrary to the opinion of the Advocate General and to previous CJEU decisions (Reyners, Gebhard, Vale, Iraklis), it establishes that it is not necessary for the company to pursue any economic activity in Luxembourg. The Court argues that in the Centros case it had already decided that the exercise of freedom of establishment was guaranteed although the company did not intend to carry any activity in the country of incorporation (UK) but only in Denmark. In that case it was a question of creating a new company and not converting an existing one, but the CJEU considers it does not justify a different treatment. Accordingly, it recognizes that opting for the most advantageous legislation can be the only motivation of a Cross Border Conversion: ” the fact that either the registered office or real head office of a company was established in accordance with the legislation of a Member State for the purpose of enjoying the benefit of more favourable legislation does not, in itself, constitute abuse (see, to that effect, judgments of 9 March 1999, Centros, C‑212/97, EU:C:1999:126, paragraph 27.” (Polbud, paragraph 40)

This new doctrine is another step in the progress of freedom of establishment: from now on companies will be able to opt for the legislation that better suits to them not only at the moment of incorporation (Centros and Uberseering) but at any later moment through a Cross Border Conversion. This could favor the European “Delaware effect”  that has already been described after Centros. But this new situation also raises several problems.

Firstly, that only states that follow the principle of incorporation can enter into this competition, as real seat countries cannot attract companies that do not change their headquarters at the same time as their registered office. For this reason, we may soon have to speak about the Dublin or Amsterdam effect, since after Brexit these countries seem to the only in the monetary union that clearly follow the principle of incorporation.

The second problem is that competition between legal systems can work in different ways. It can become a stimulus for better legislation and for the better functioning of justice, notaries and commercial registers. But forum shopping may well pursue other objectives: for example, the majority shareholders might seek the law with weaker protection for minority shareholders; a law firm might relocate where the control of money laundering is less stringent; a highly indebted company or one with prospective litigation might choose not the best but the slowest or most inefficient judicial system; another may chose the State where legislation about finacial assistance is less retrictive, or even where enforcement of its rules is weaker.

Countries, in turn, may try to compete not with a more efficient system but with looser regulations, starting a race to the bottom which in the long term will result in a more unfair and inefficient European legal framework. In addition, given the systematic use of complex international corporate structures for tax evasion, facilitating  the existence of  companies without any real connection to their registered office (“letterbox companies”) might not be the wisest decision.

What should be done to promote freedom of establishment without undermining our Company Law system? First, the EU should harmonize the requirements for the protection of stakeholders in Cross Border Conversions, making sure that they are sufficient to prevent fraud through this operation. Harmonization should also extend to any matters regarding company law that can be considered to be of the public interest and should not be the object of free choice and competition. Ideally, harmonization should extend the problem of the connecting factor (real seat or incorporation). One solution would be to establish the real seat doctrine for the whole EU. In favor of this it can be argued that this was the option for in the Societas Europaea and that Corporate Tax is also applied on the basis of real seat. As this is difficult politically, at least the connecting factors should be clarified and (as suggested in this excellent study) the application to certain issues of the lex societatis could be limited, allowing Member States to apply their own regulation to foreign companies in matters that are considered to be of public order.

NB: you can find the Spanish version of this article here and a longer version here 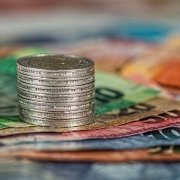 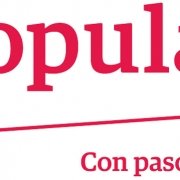 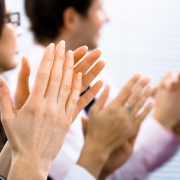 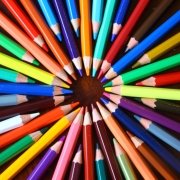 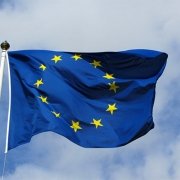 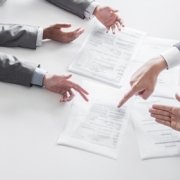